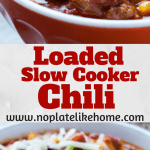 I’ve been making this homemade Loaded Slow Cooker Chili with corn recipe for years and it never disappoints. My friends LOVE it as much as I love serving it because it’s hearty, full of beef and beans with a smoky flavor and just a hint of natural flavored sweetness.

It has a few more ingredients in it than my Slow Cooker Beef and Chorizo Chili but, equally as good-tasting! You’re going to love it!

I call this recipe a fool proof Crock Pot of chili recipe because you cut up peppers and onions and dump all of the ingredients into the slow cooker!

Just cut, dump, measure seasonings and set the slow cooker to high and cook! Five hours later, you have a delicious, filling meal to serve.

You can’t go wrong with this chili recipe to feed a group of excited football fans either which makes it the perfect game day recipe! Plus, stove top directions are included below in the recipe card that only takes 45 minutes to cook if you need it sooner!

Why buy expensive take out for your game day party when you can make this fabulous fool proof Crock Pot chili in the morning and it’s done by early afternoon? It’s just so EASY to make!

You don’t have to be a chili connoisseur to make a great chili the first time ever! Just use this easy recipe! 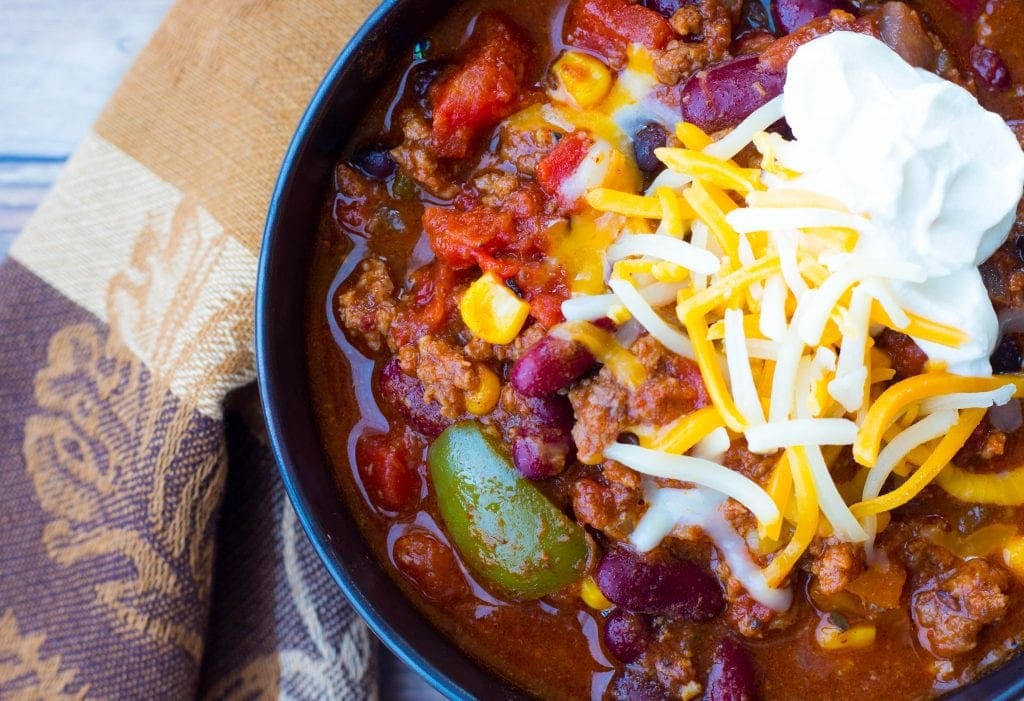 The chili seasonings are not from a packet which, gives it more flavor.

Ground beef is something I always have in my freezer because I can make so much with it. For example, I can pull out some to make Hamburger Soup in my Instant Pot in just 20 minutes. Check out this recipe because it also has slow cooker instructions!

By the way, this chili can be made in an Instant Pot on the slow cooker setting.

How Do You Spice Up Chili?

Here’s a list of chili seasonings that are way better than any you can buy in a packet! Make a batch of 2-3 and store it in an empty spice container to use for next time! That’s what I do for both chili seasoning and taco seasoning.

You may be asking yourself “Why cinnamon?” Well, a little bit of cinnamon seasons the ground beef quite nicely. You’ll find it in Greek recipes so this is not something new. I think this is the best secret ingredient to making chili. The seasonings in this recipe really make it tasty!

The full printable recipe is at the bottom of this post.

How Do I Make Chili in a Slow Cooker?

Here are many of the popular questions answered. If you still have one, ask in the comments below and I will answer you asap!

Do You Have to Brown Beef Before Slow Cooking?

No! Isn’t that a relief? That’s an extra step you don’t need to take and an extra pot you don’t need to clean! When the raw ground beef starts to cook in the slow cooker, it won’t only cook nicely, it’ll meld it’s flavor with the onions, tomatoes and spices. It’s like magic! Trust me. I’ve made the recipe many times.

Can You Put Raw Ground Beef in the Slow Cooker?

How Do You Make Chili Thicker?

The simple answer here is to not add to much liquid. Unneeded water will just dilute the flavor. Chili also thickens over time. If you need to remedy this problem, first let it sit in slow cooker uncovered for about an hour so the water can evaporate.

Another option is to add a “slurry.” What is a slurry? In a small bowl, stir together two tablespoons of cornstarch and two tablespoons of juice from the chili. Then, add the slurry back into the slow cooker and stir it. If you don’t have corn starch, use flour instead in the same method.

However, if you follow the slow cooker instructions in this recipe, You’ll have a thick chili especially, after it is refrigerated and reheated.

Is Chili Supposed to Be Thick?

I supposed this is a subjective question but, I’m going to say “Yes.” If chili is not thick than that would make it more of a soup. But, I would say chili falls under the big umbrella of soup but, it shouldn’t be too soupy. So yes, chili should be thick!

When I have a crowd to feed, this is one of my go-to recipes. But, I also like to make Slow Cooker Italian Pork because it’s easy-to-prep, make ahead and serve in a slow cooker liners for easy clean up!

This recipe cooks in five hours so you can prep it on game day and serve it right out of your Crock Pot! Having a  insulated slow cooker carrier.

Chili tastes better when it sits a day, so all the flavors can marry which makes it a great make ahead meal for parties. Plus, it freezes well.

Chili is great for:

I made this Crock Pot of chili as part of our “after birth” meal prep plan for our first son. It was convenient to pull small batches out of the freezer for dinner to reheat. Who has time to cook dinner with a newborn? It is such an exciting time! I’ll never forget how proud my husband was bringing him through the threshold. It still brings a smile to my face.

Topping the chili with shredded cheddar cheese and sour cream makes it even more tempting. Add a piece of cornbread too. It’s a tasty and comforting meal, especially to combat the winter blahs!

Bring this Slow Cooker Santa Fe Chili recipe to game day, Super Bowl party or any party for that matter. It’s so easy to make ahead and take along to a party. Any host would be happy to receive this hearty, meaty and flavorful chili.

Want to eat this tasty chili sooner than five hours? Just do it on the stove top!

When you need to feed a group of hungry people, especially guys with growling stomachs, serve up this Loaded Slow Cooker Chili. File this recipe away in your Crock Pot soup recipes. 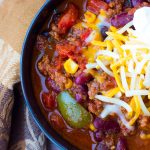 Want to eat this tasty chili sooner than five hours? Just do it on the stove top. Substitutions:

I inspire you to make delicious, homemade ITALIAN recipes from your proud heritage. I'm always making new Italian-American recipes along with authentic Italian classics. Follow me and learn how to cook Italiano recipes like your Italian grandmother (nona) made. About Joanne
Contact Privacy Policy 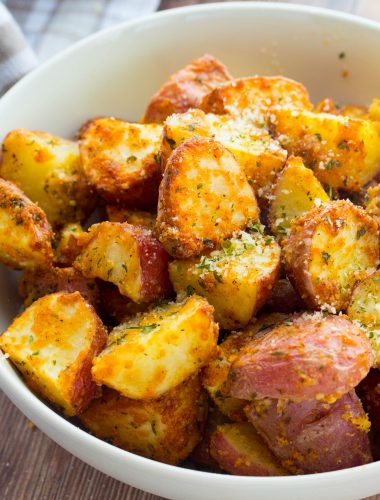 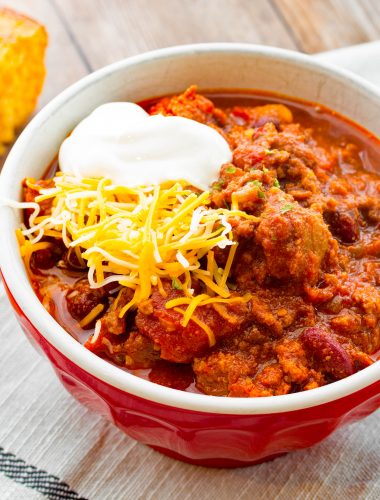 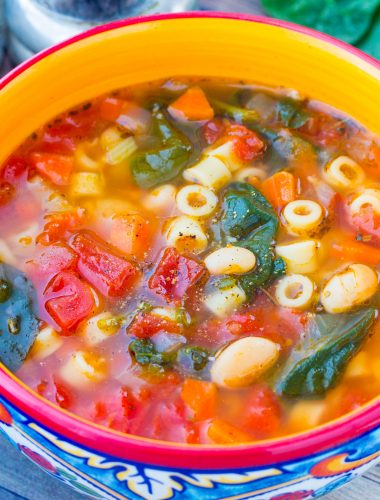 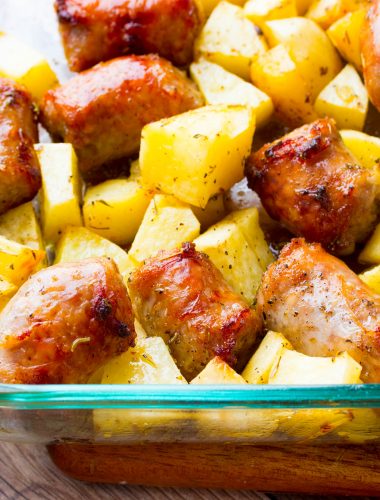 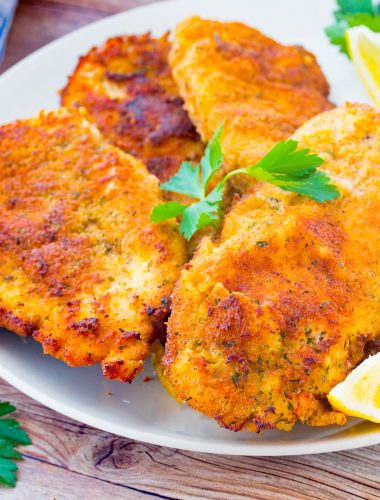 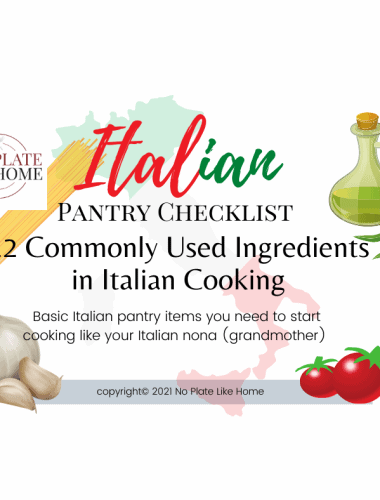