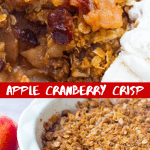 The flavors of fall are in this yummy Apple Cranberry Crisp with Dried Cranberries. The tart Granny Smith cinnamon apples are topped with a crunchy, buttery oats crumble topping! It’s a scrumptious fall dessert. Serve with vanilla ice cream!

Fill your house with the aroma of baked cinnamon apples! This from-scratch recipe can be prepped in 30 min (or fewer with the right kitchen gadgets.) Celebrate fall with this Apple Cranberry Crisp! 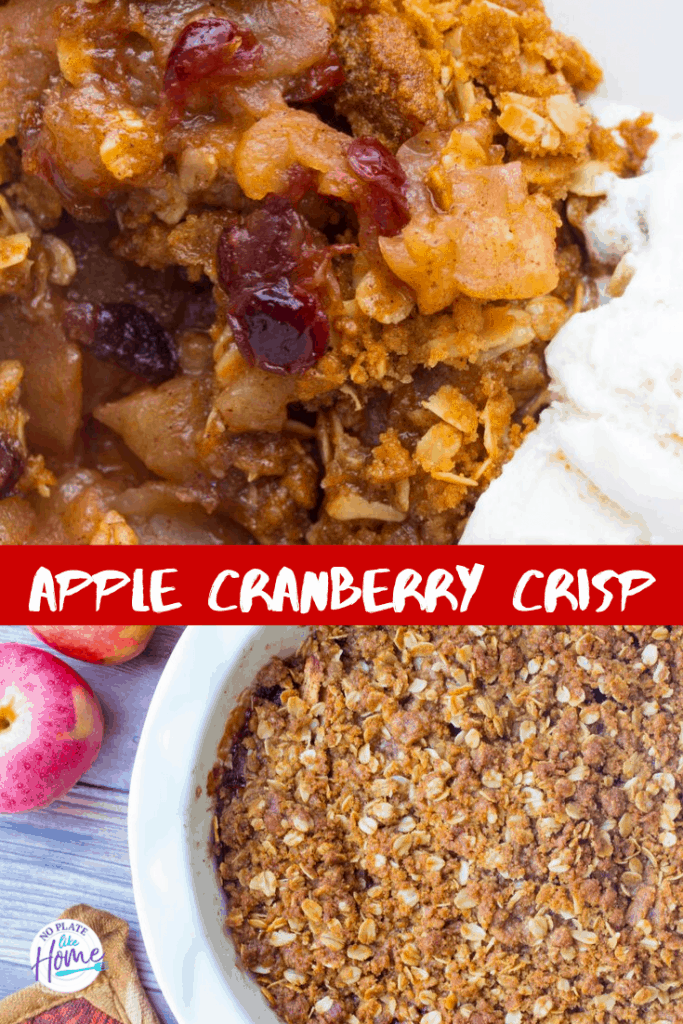 Don’t miss the opportunity to pick your own apples this fall. Little kids love picking apples and you can show them where fruit really comes from.

How to Make Apple Cranberry Crisp with Dried Cranberries

*The full printable recipe is at the bottom of this post.

First, I combined the oats, brown sugar, flour, one teaspoon of cinnamon, and nutmeg. Then, cut the room temperature butter into those ingredients with a pastry cutter or a fork although, a pastry cutter makes it easier to do. 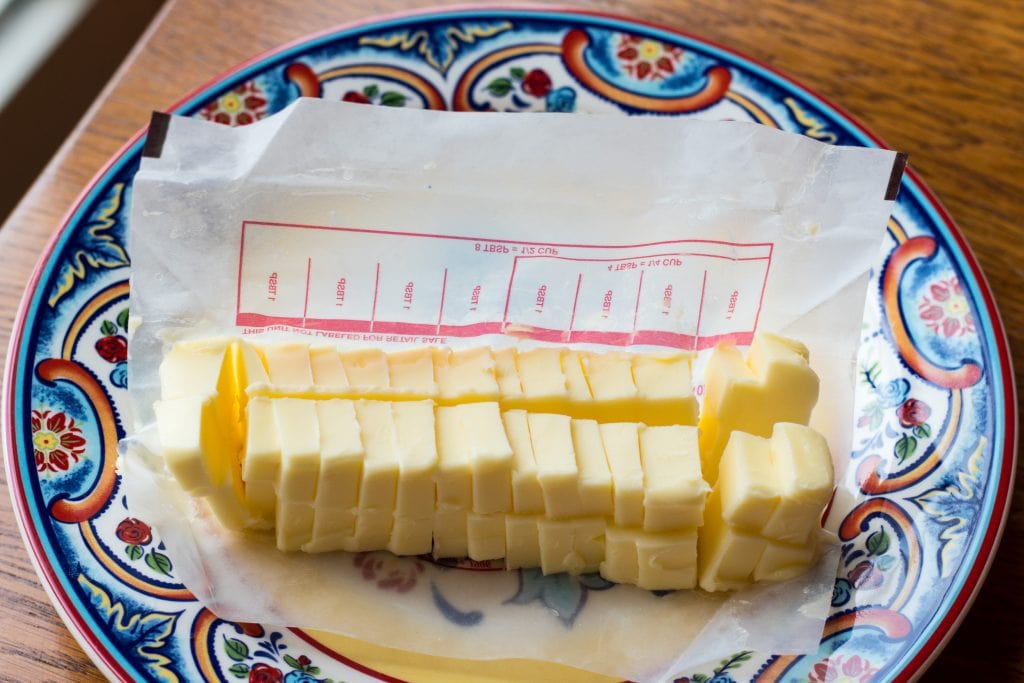 Make sure the butter is well incorporated into the dry ingredients as shown below. As I mentioned, using a pastry cutter will make it easier to incorporate. 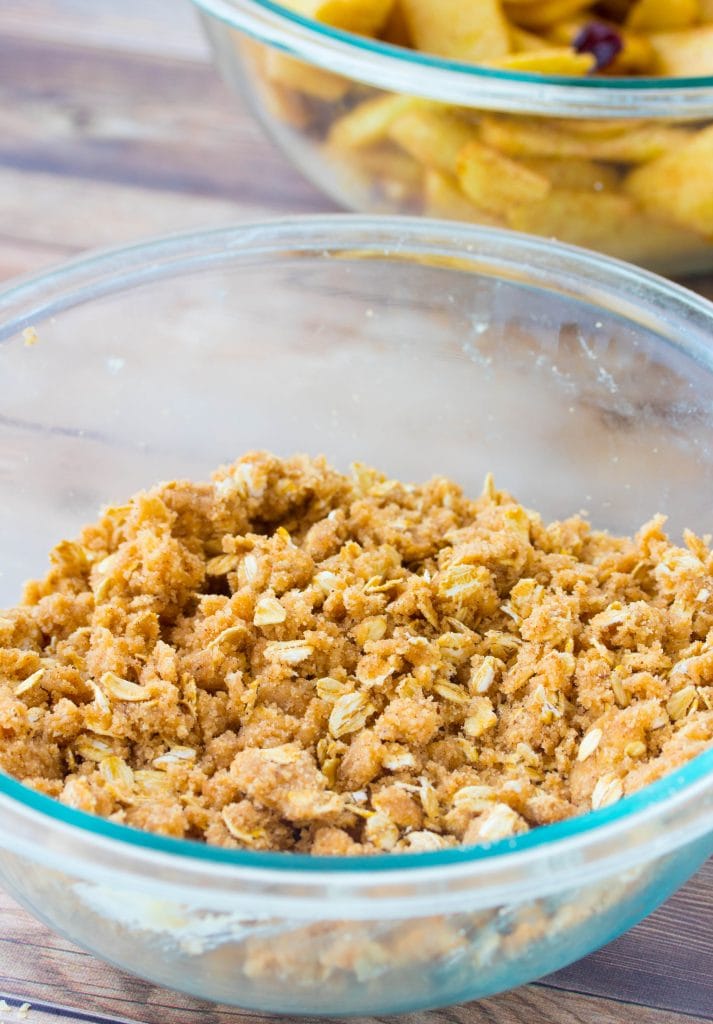 Second, prep the apples. If you have an apple corer, peeler, and slicer tool, it should make prepping much faster and easier. Peel and core the apples. 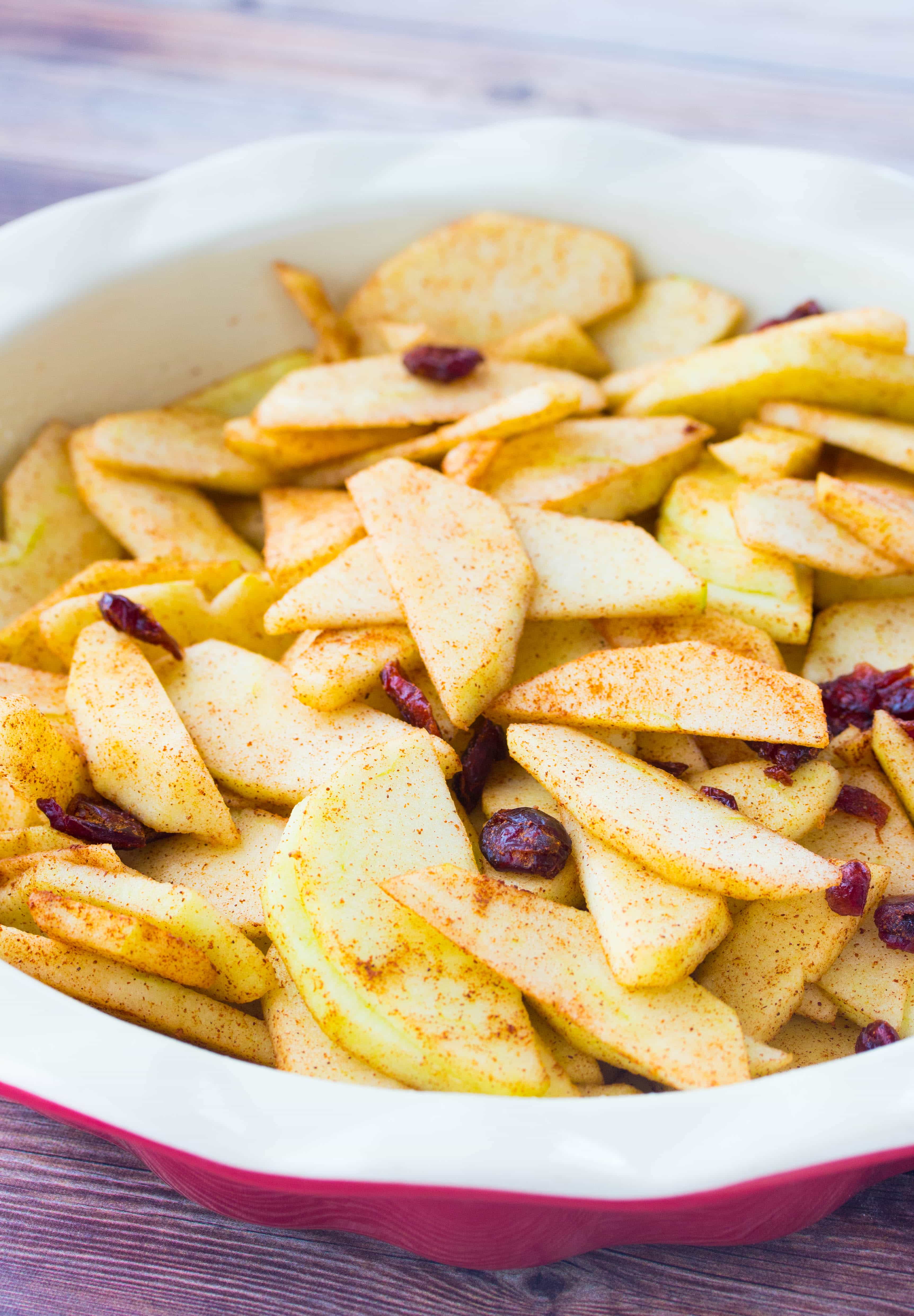 Then, thinly slice the apples and add the remaining one teaspoon of the cinnamon and the dried cranberries. Add more than 1/4 c. of cranberries if you like. This is your party! Mix until the apples are well coated with cinnamon. Kinda like covering gray hair with color. Get each gray hair!

Then, I sprayed the bottom of a baking pan with oil spray and then placed the apples in the baking pan.

Next, I put the oat mixture on top of the sliced apples.

The aroma of cinnamon baking apples filled the house! Of course my husband was asking when he can dig into it. Meanwhile, my son wants to eat one of the apples after he ate a big bowl of apple sauce. Do you think he likes apples or what?

This Yummy Apple Craisin Crisp is the perfect fall recipe when apples are in season. I served this recipe with vanilla ice cream after my Loaded Slow Cooker Chili  and it was the perfect Sunday family dinner. 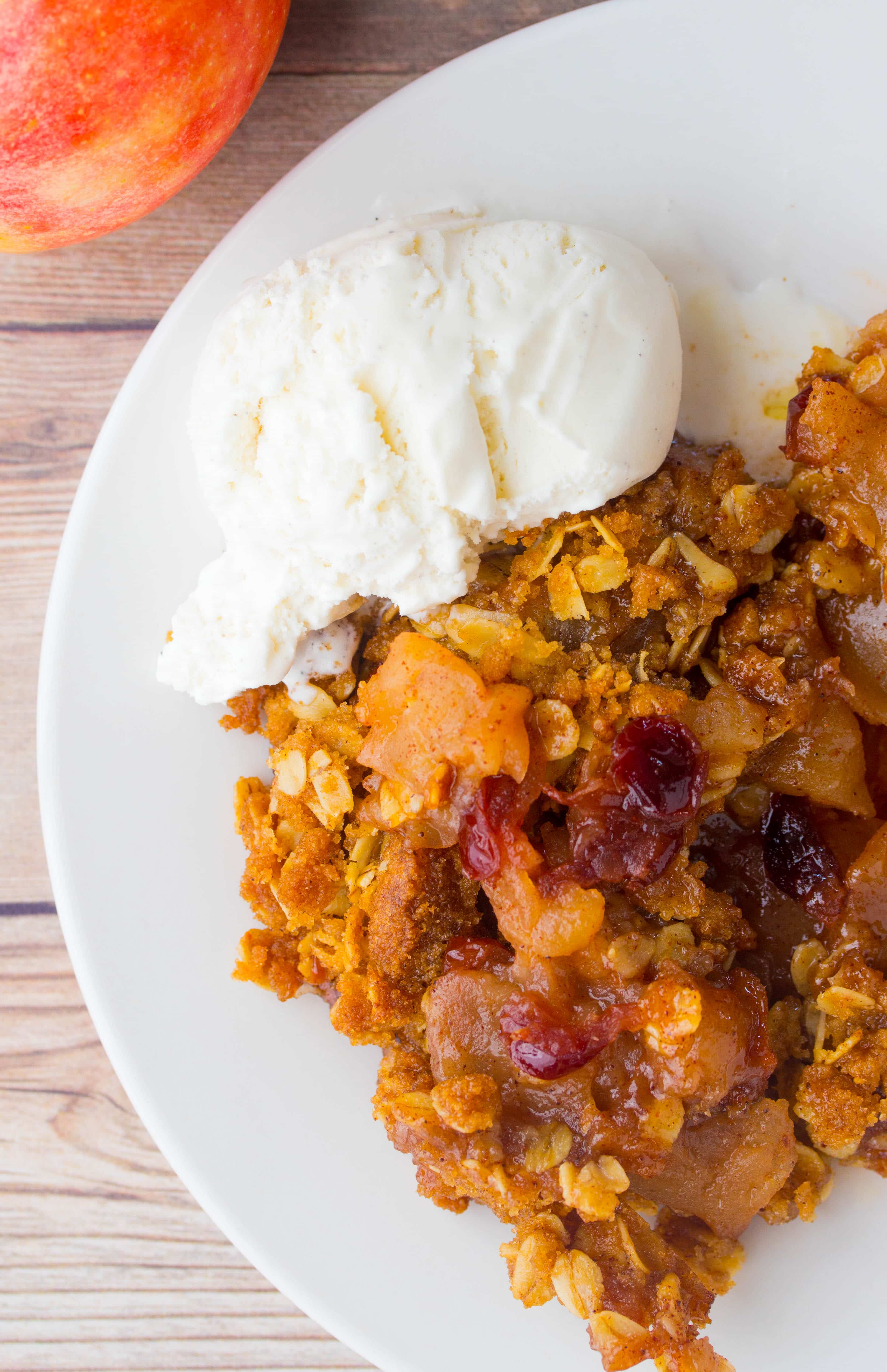 Doesn’t this Apple Cranberry Crisp look delicious? Stare at it for a while and then make your grocery list and go shopping. You can make this easily and even cheaply!

Which apples are best for apple crisp?

Granny Smith apples are generally used for apple crisp because they’re tart however, you can use any good baking apple such as, Winesap, Braeburn or Honeycrisp, just to name a few.

What is the difference between apple crisp and apple crumble?

Both contain butter, flour, sugar and seasonings but, apple crisp contains oats and apple crumble does not.

How do you slice apples for apple crisp?

Peel, core and slice the apples as thinly as you can. Thin slices will bake faster and you don’t want hard apples coming out of the oven.

Does apple crisp need to be refrigerated?

Yes. After the apple crisp has cooled, it needs to be stored in the refrigerator.

How long is apple crisp good for?

Apple crisp will last 4-5 days in the refrigerator but, the sooner you eat it, the better it’ll taste.

When you want to make a tasty fall recipe and fill your house with the aromas of fall, this delicious Apple Cranberry Craisin Crisp is the way to do it. This crunchy, sweet, buttery apple dessert served with creamy vanilla ice cream is the ultimate cooler weather comfort food. What better way to celebrate fall by picking your own apples and making a great Yummy Easy Cranberry Apple Crisp with your kids?

Rate this recipe below!

I took this recipe to Weekend Potluck & Meal Plan Monday. 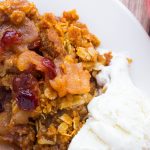 Store leftovers in the refrigerator for 4-5 days. 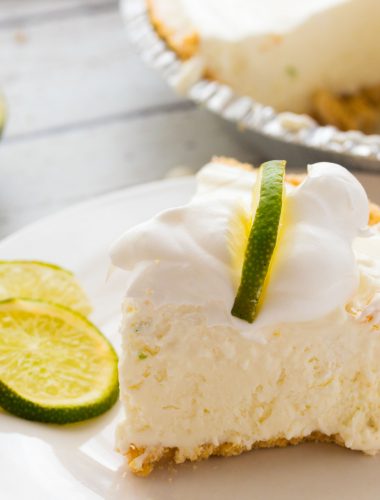 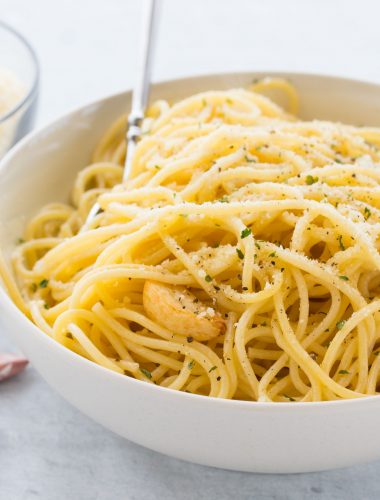 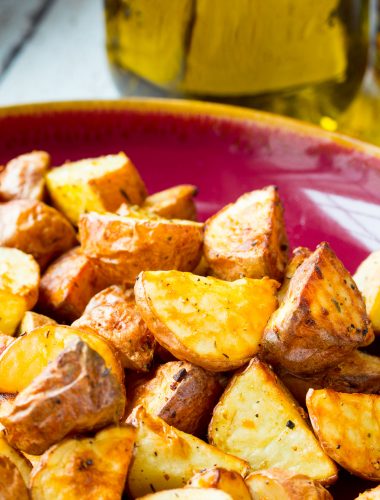 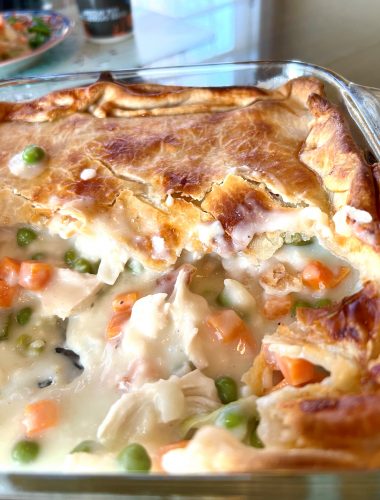 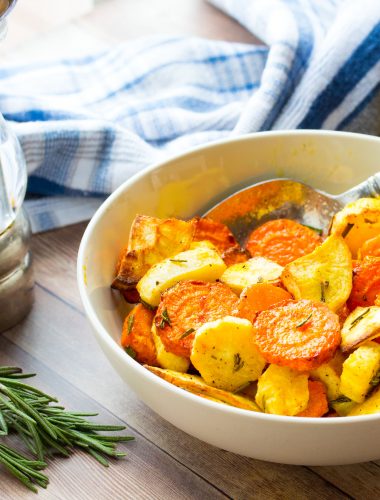 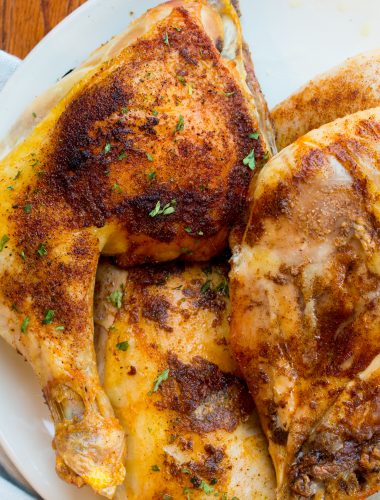